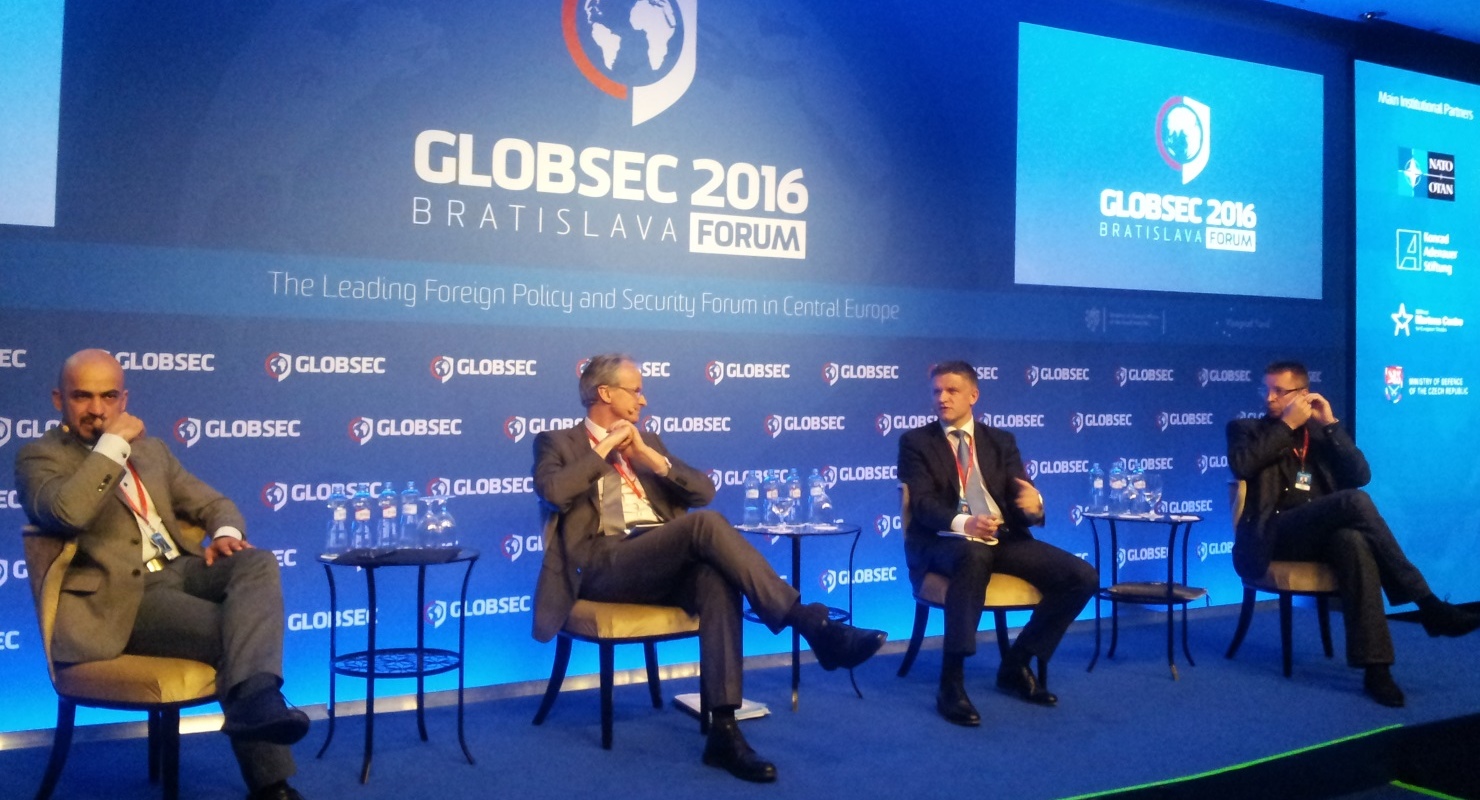 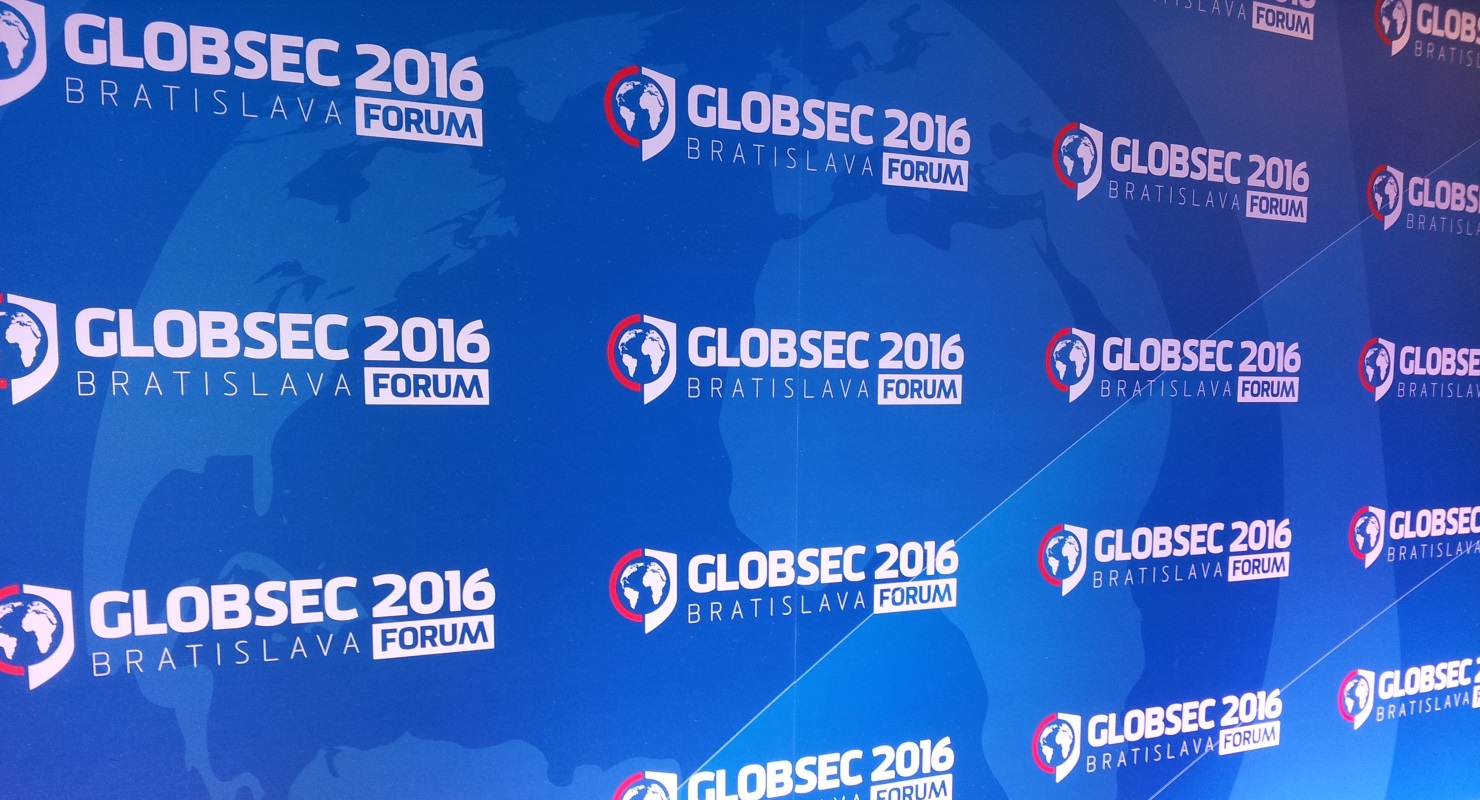 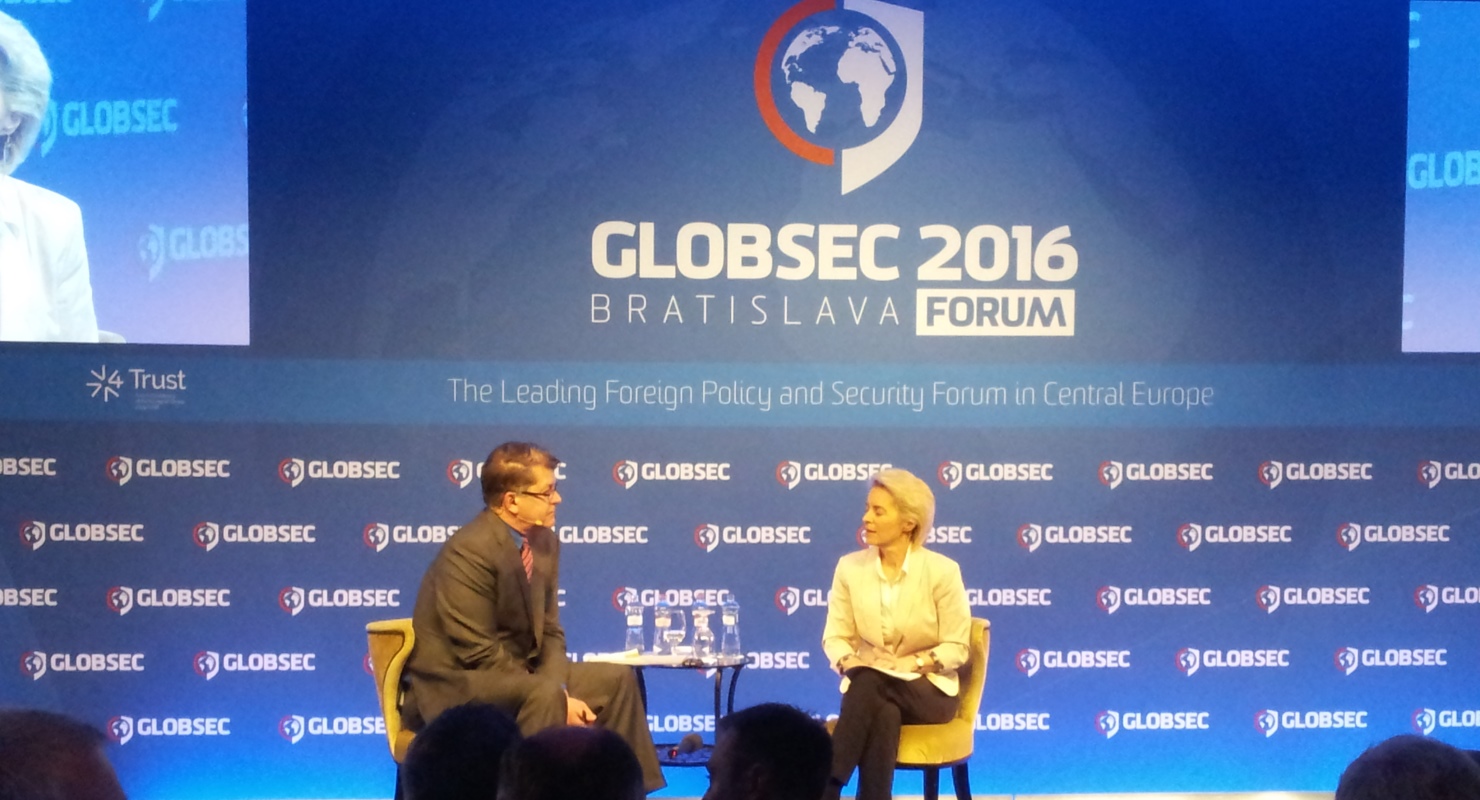 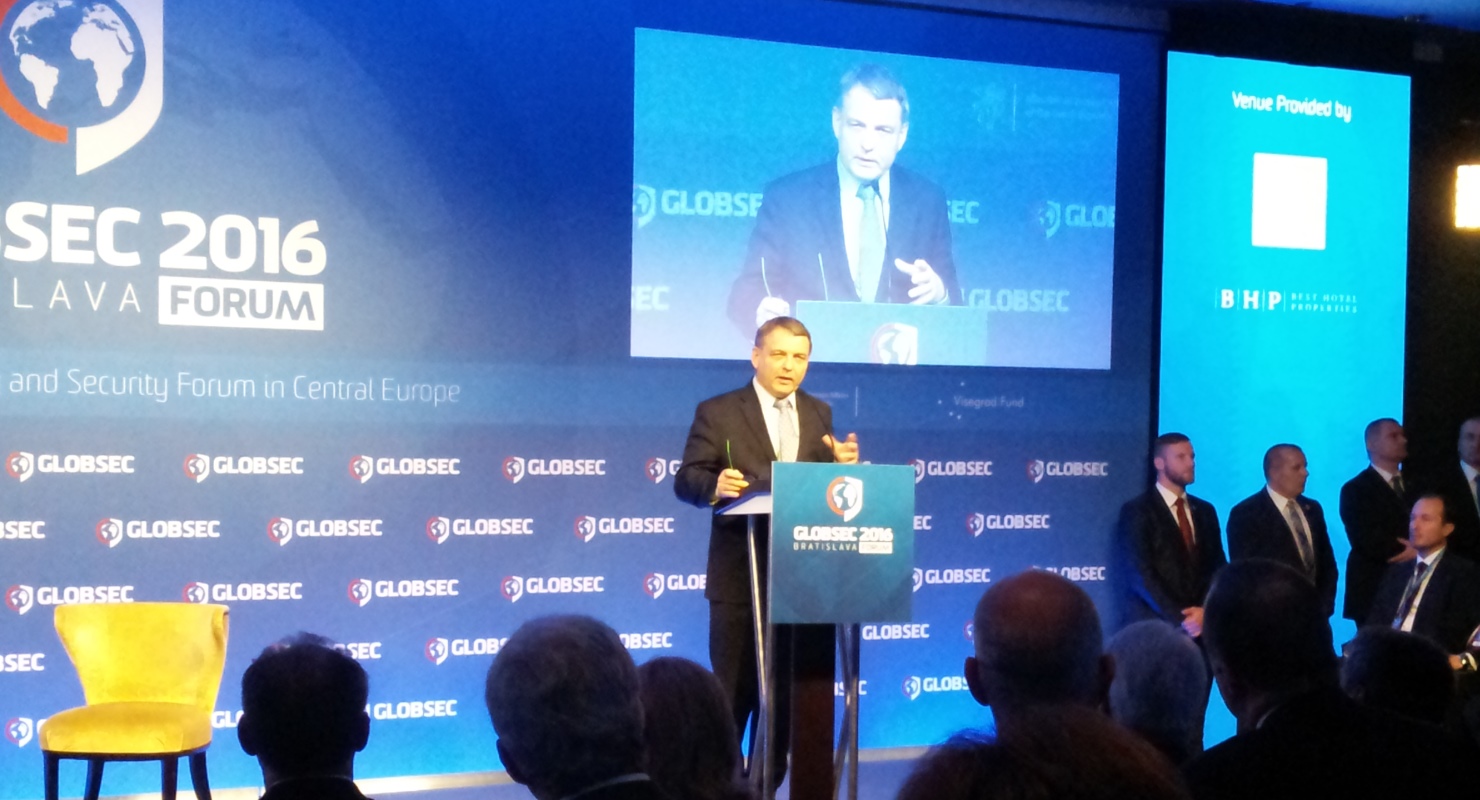 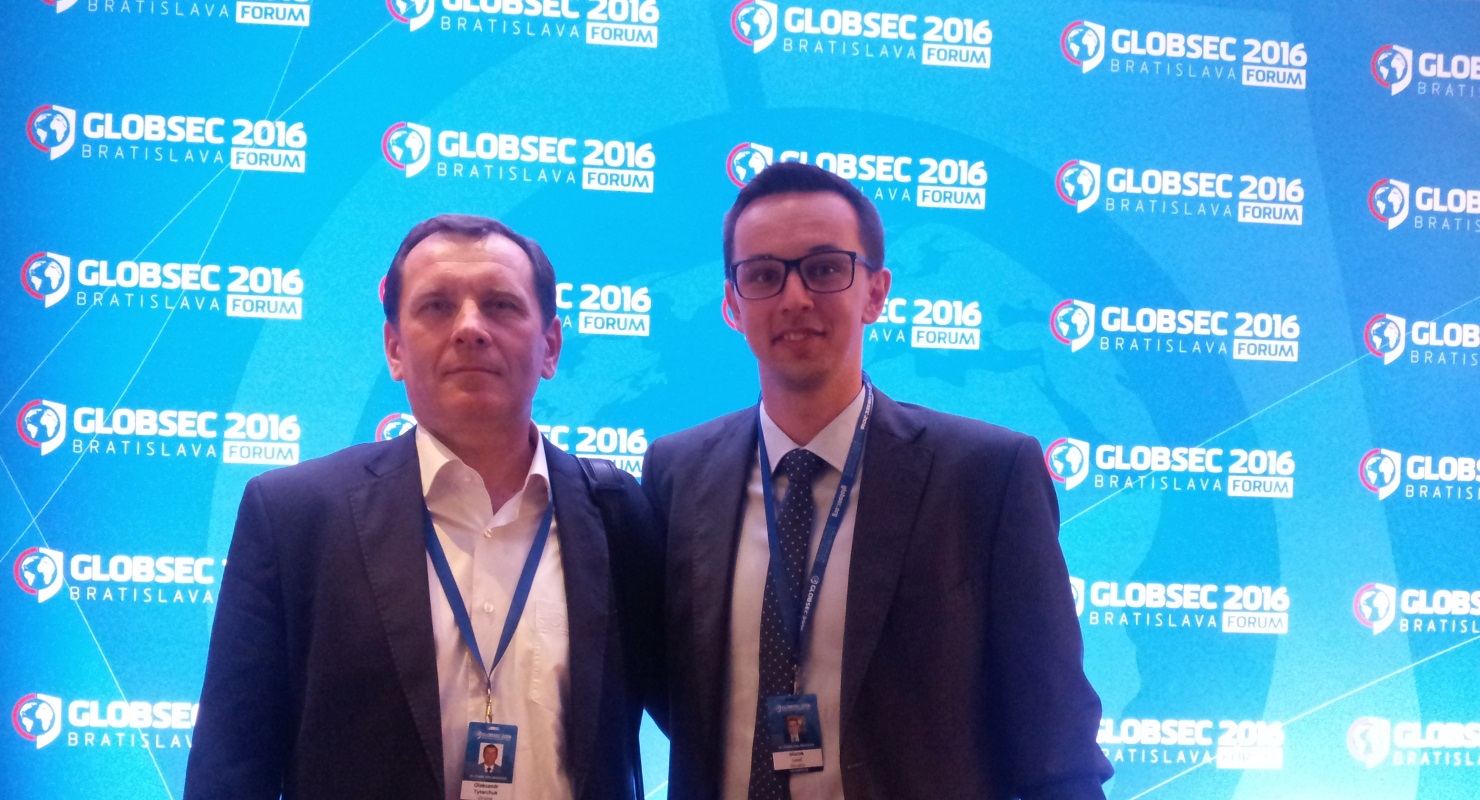 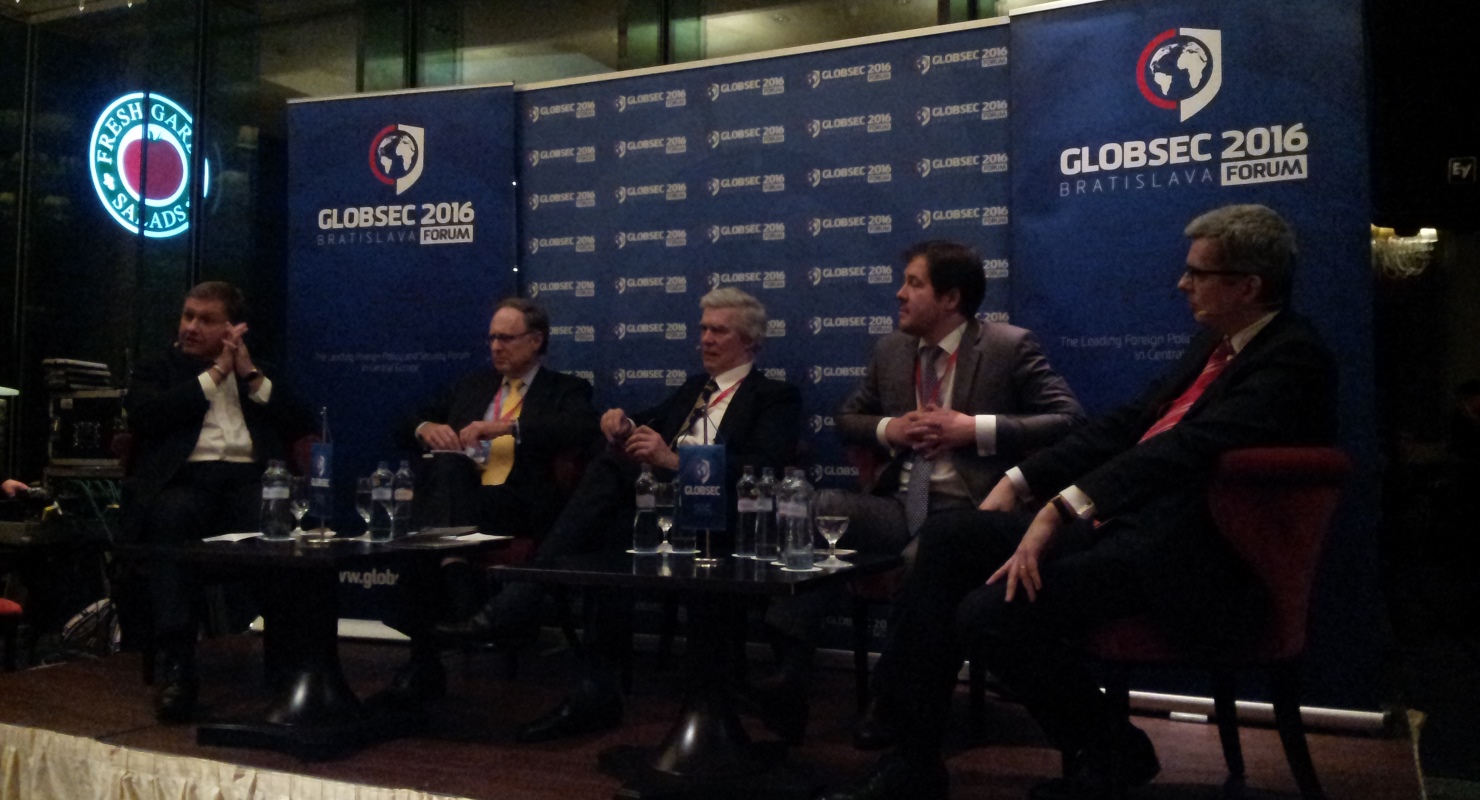 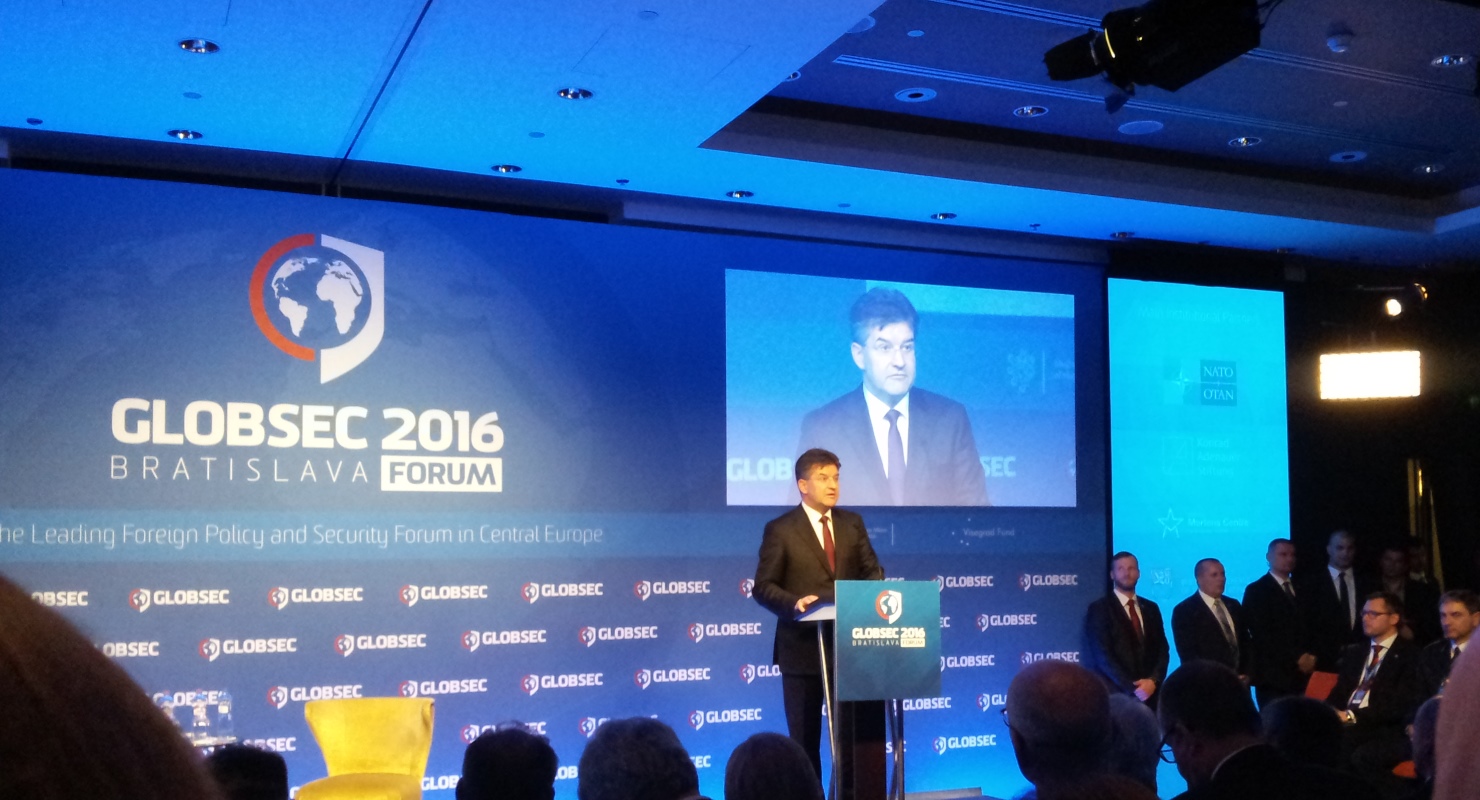 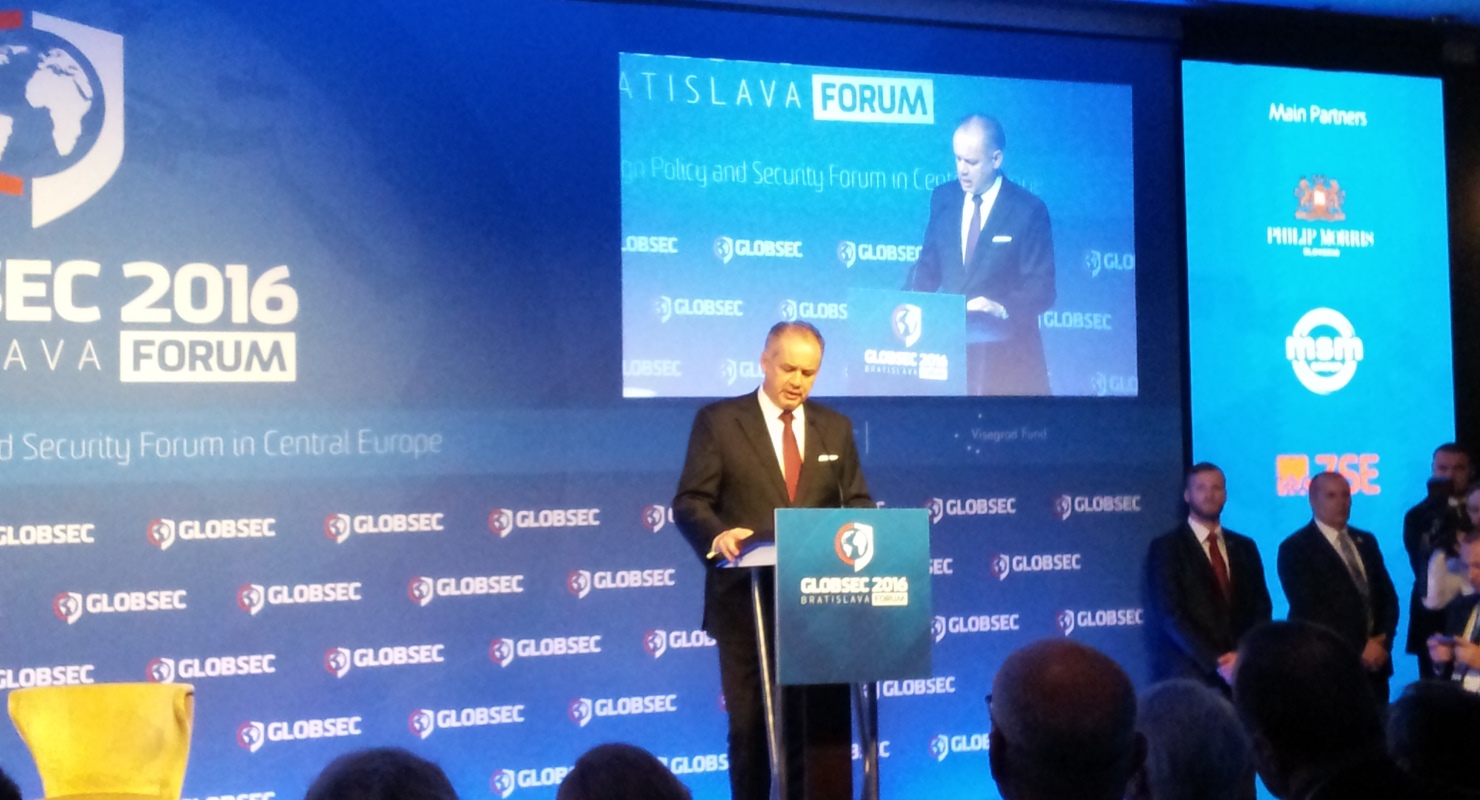 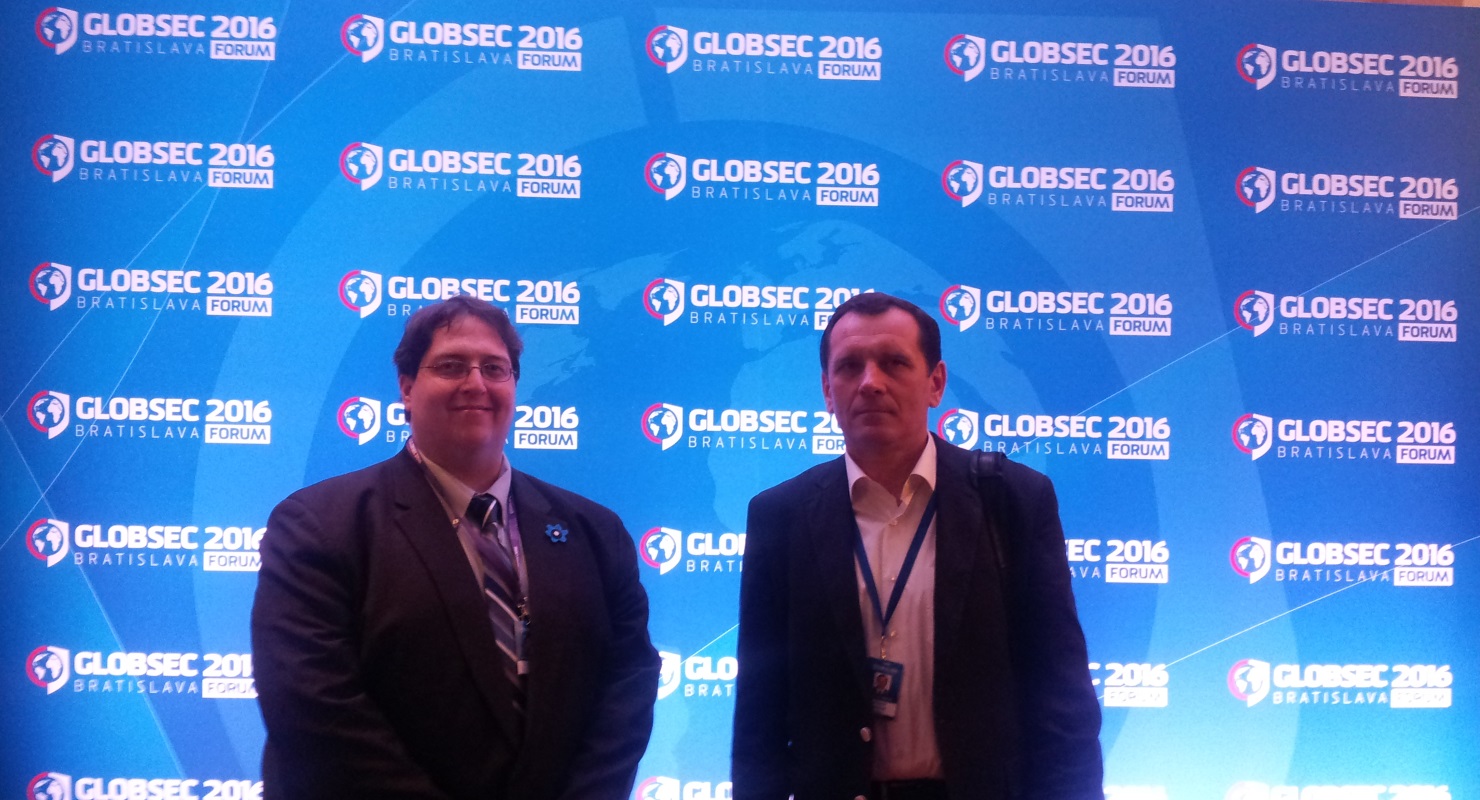 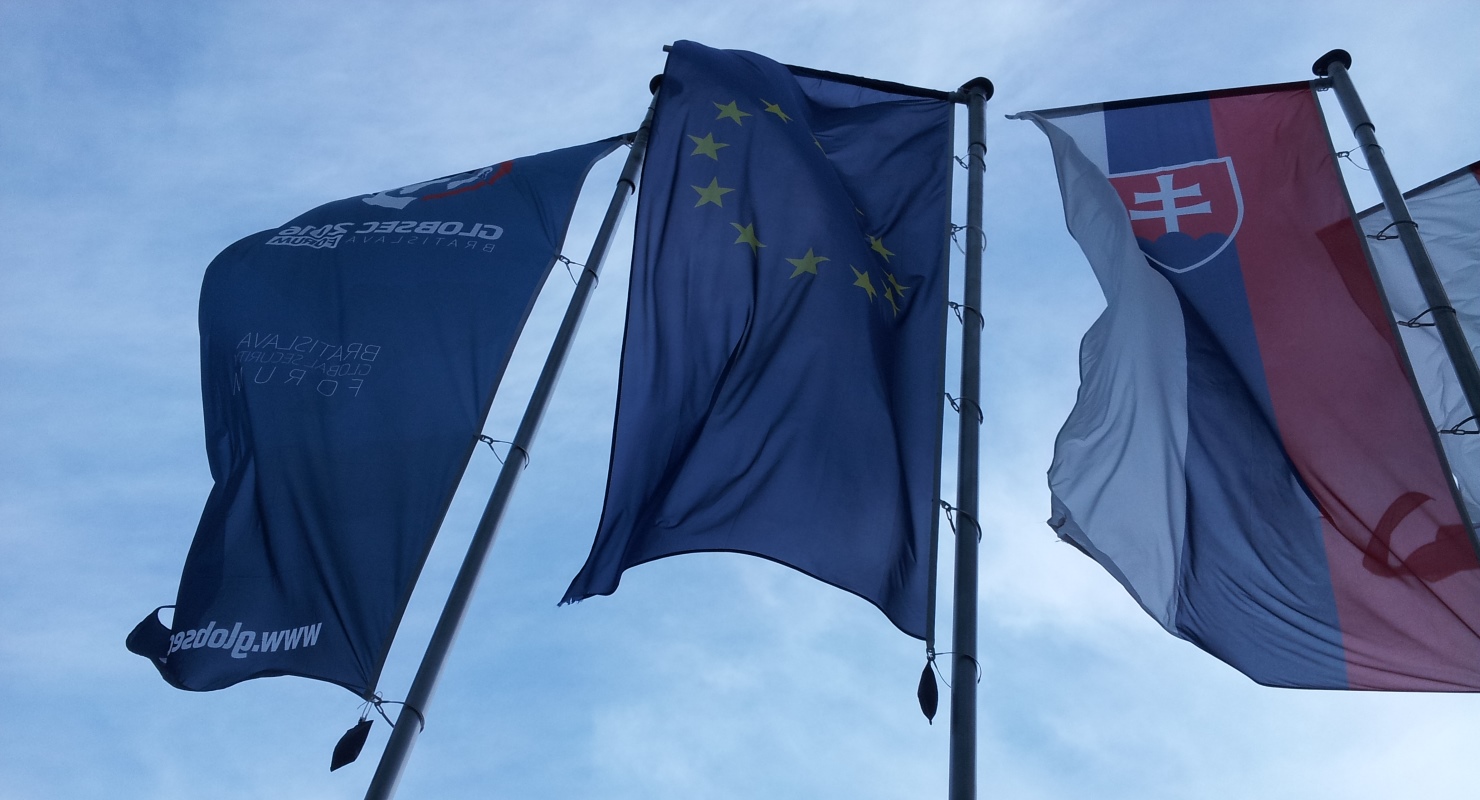 GLOBSEC 2016 Bratislava Global Security Forum was organized for the eleventh consecutive year by the Slovak Atlantic Commission and held on 15-17 April 2016.

GLOBSEC 2016 served as a key platform for pre-summit debates in the run up to the Alliance’s 2016 gathering in Warsaw. Additionally, it was also a testing ground for future Slovak EU Presidency to start in June this year. In just a few years, GLOBSEC has risen from humble beginnings to become the premier foreign policy and security forum in Central Europe and one of the top five conferences of its kind in the world.

There were around 140 different events organized within the margins of GLOBSEC with more than 1000 participants attended, including top leaders: presidents of Slovak Republic and Croatia; ministers of foreign affairs of Slovakia, Czech Republic, Poland, Hungary, Latvia, Moldova, Romania; ministers of defence of Germany, Czech Republic; EU and NATO officials and other top level politicians from Europe, North Atlantic area and beyond.

GLOBSEC 2016 has come in crucial times for European and transatlantic security. There are following key issues that were discussed during the conference, namely: challenges of today, as seen from the Central Europe, and role of the Visegrad Group in strengthening EU identity; the future of NATO; crisis in and over Ukraine, and strategies to face Russian challenge to international order; energy security; future of European project, migration crisis and BREXIT; situation in Middle East; impact of the upcoming U.S. presidential elections on future developments around the world, etc.

With the aim of introducing prominent policy-makers and expert figures to a wider audience, GLOBSEC provided a series of dynamic public debates in the format of GLOBSEC CITY TALKS.

East European Security Research Initiative (EESRI) was also presented during GLOBSEC 2016 by its associated experts from Slovakia, Estonia and Ukraine. EESRI experts actively participated in all working sessions and public debates, especially those related to future of NATO and role of the Visegrad Group in strengthening EU identity, as well as crisis in and over Ukraine, and Russian challenge to international order. In all interventions and comments provided by EESRI associated experts special emphasis was given to further strengthening NATO’s partnership cooperation with East European partners amid building-up new Alliance’s military posture on the Eastern flank.